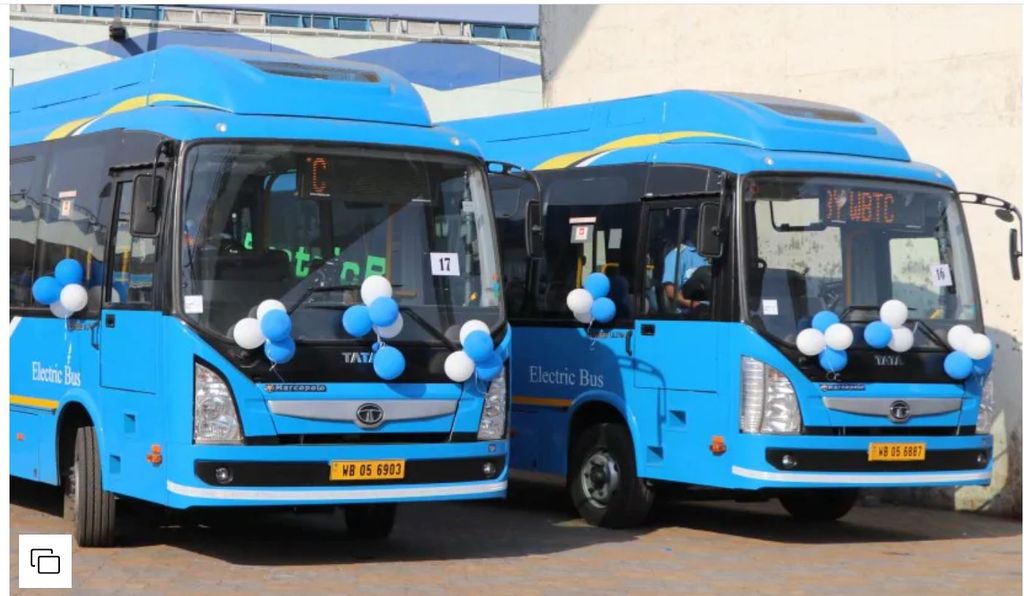 Department of Heavy Industries (DHI) sanctioned subsidies for 5595 e-buses under the Faster Adoption and Manufacturing of Electric & Hybrid Vehicles (FAME)-II scheme across 64 cities and for Delhi Metro Rail Corporation (DMRC). The approval will give further push to clean mobility in public transport and help State Government Entities/ State transport undertakings for intra-city and inter-city bus operations. The initiative is in line with the Government of India’s push towards electric mobility in the public transport systems.

DHI invited an Expression of Interest (EoI) from million plus cities, smart cities, State/UT capitals and special category states for deployment of e-buses on operational cost basis in June 2019. In response of the EoI, 86 proposals from 26 states/UTs for the deployment of 14988 e-buses were submitted. The proposals were evaluated based on pre-defined criteria mentioned in the EoI. Each of the sanctioned bus will receive demand incentive from DHI upto 40% of the estimated cost of the bus subject to maximum incentive of Rs. 55 Lakhs for standard buses, Rs. 45 Lakhs for midi buses and Rs. 35 Lakhs for mini buses. The cities were selected based on the recommendations of the project screening committee in which UITP India is also a member along with representatives from National Institution for Transforming India (NITI) Aayog, Ministry of Road Transport and Highways (MoRTH), DHI and Association of State Road Transport Undertakings (ASRTU).

A total of 5095 e-buses have been sanctioned for deployment under FAME-II subsidy scheme across 64 cities. Each of the 64 cities selected shall have at least 25 e-buses each. 5 metropolitan cities namely, Delhi, Mumbai, Hyderabad, Bangalore and Ahmedabad received 300 buses each. In addition, there are 400 buses for interstate traffic for which eight state transport undertakings have received the approval of 50 buses each. The largest number of buses have been allocated for the state of Maharashtra for 775 buses followed by 600 buses each for Gujarat and Uttar Pradesh. Finally, 100 e-buses have also been approved for deployment by DMRC to support and complement last-mile connectivity.The illustrations of number of cities selected and buses sanctioned are at the end.

The government claim that these e-buses would run about 4 million kms during the contract period, saving about 1.2 billion litres of fuel and off-setting 2.6 million tonnes of CO2emissions. The cities are now gearing up to initiate the procurement process for the deployment of sanctioned buses within next three weeks. 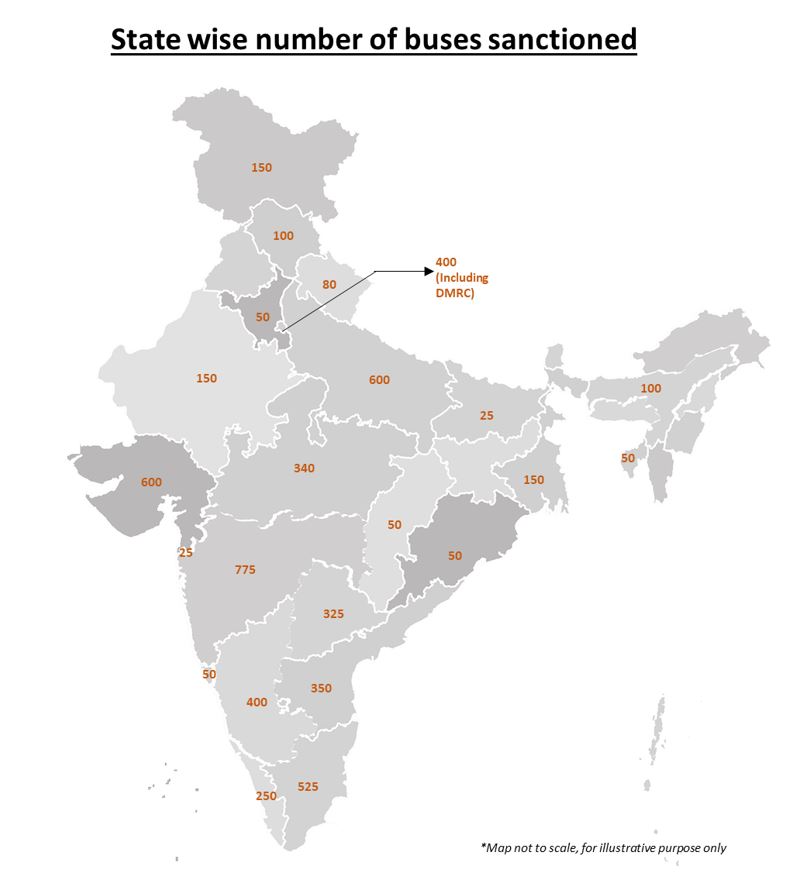 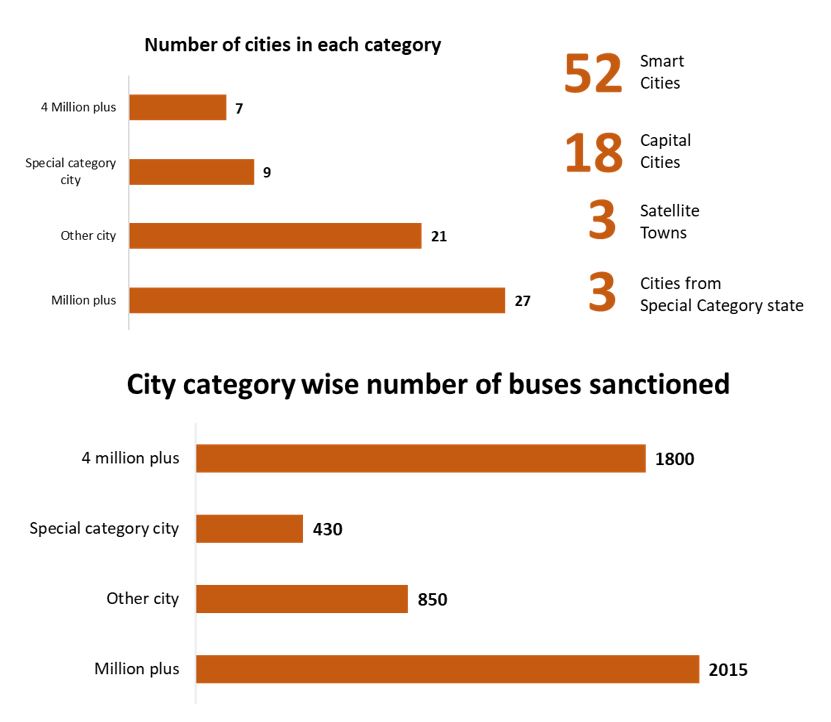