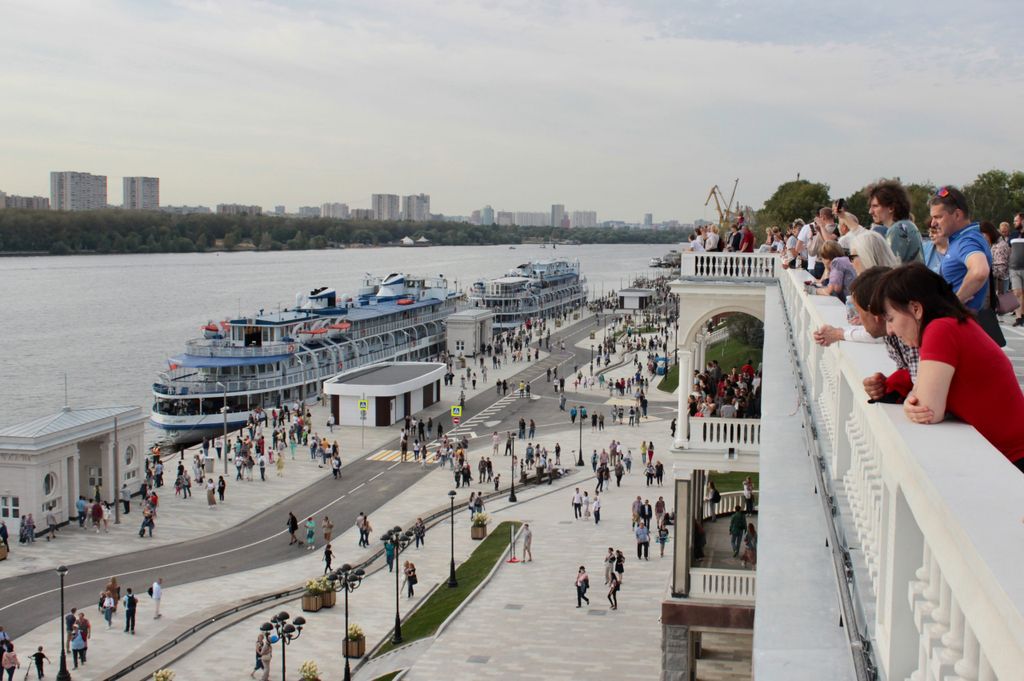 The Northern River Terminal is one of the two river terminals in Moscow.

At the peak of its popularity in 1960, the river terminal’s passenger traffic was about 1.55 million people, considering the suburban and excursion routes. However, since the early 1990s, the river traffic began to decline rapidly. In 2009 it was closed due to emergency conditions.

In 2015 the Northern River Terminal became the city property, and the preparation for its restoration began. The project, developed by order of the Government of Moscow, provides the revival of the historical function of the terminal as a transport facility and a place for Muscovites’ year-round recreation.

After the restoration, the Northern River Terminal includes a restaurant complex, tourist service areas, a pop-up Museum of Moscow Transport with temporary exhibitions, a site for entertainment events with a modern conference hall, and comfortable meeting rooms. The terminal’s open spaces – observation railings and a roof terrace – are designed for a relaxing summer vacation. Souvenir shops will also be opened in the future.

All the 17 berths of Northern River Terminal have been overhauled. For the cruise ship passengers’ comfort, the embarkation and disembarkation area has been fenced off, and new inspection zones, available for low-mobility passengers, have been arranged. There is also a separate area allocated for excursion and walking routes – from berths 7 to 12.

For 2022 the Terminal is preparing for restore of regular waterborne passenger transport.