Resilient Cities through better public transport for all: UITP at the U20 Mayors Summit 2021

On Friday, 3 September 2021, Mayors and Governors of the Urban 20 (U20) initiative, alongside official partner organisations, gathered in Rome, Italy, and called on G20 Leaders to partner with cities to achieve human centred, equitable, carbon-neutral, climate-safe, inclusive and prosperous societies.

This Summer, the Urban 20, a platform for city leaders to collectively inform G20 negotiations, released their Comminqué to the G20 containing strong support for the public transport sector.

As a proud partner of the U20 Initiative, UITP Secretary General, Mohamed Mezghani, was delighted to participate in this important process and to be present at this event for the interactive dialogue on ‘People, Planet and Prosperity’.

In his speech our Secretary General explained the key role of public transport to build back better, due to the short and long term social, environmental and economic benefits of public transport for society. He also explained how UITP has worked with its Members (1,800 authorities, operators and industries in more than 100 countries all around the world) to address the revised direction our sector is headed in. From his talking points, one thing is sure: public transport is fundamental to ensure resilient cities for the future going forward!

Let us take a quick look at some of the key points made!

The priorities for our sector

Working with our members, going forward here at UITP we want to ensure four main priorities for our sector. These are as following:

Firstly, to ensure public transport is resilient and capable of withstanding future crises, ensuring a strong governance and a stable funding framework for infrastructures and services.

Secondly, to provide decarbonised and low emission mobility across the entire mobility sector by aiding the shift to public transport and encouraging active travel. This will help cities and countries realise their own carbon neutral objectives.

Thirdly, to continue to advance systems and services for ever improved urban mobility. We also must ensure the operational and technological solutions for this.

I am glad to say that our renewed priorities have a strong focus on People, Planet and Prosperity – exactly in line with the mission and messages shared in the U20 Communique. 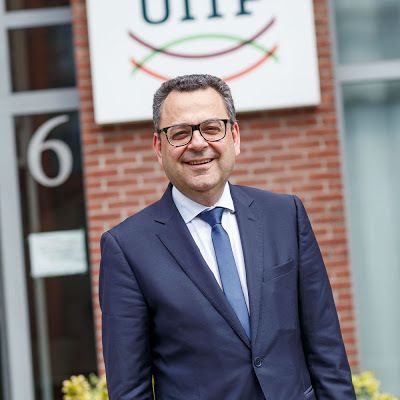 Thank you to U20 and partners

We would like to thank the U20 Cities, the conveners and all its partner organisations for this new opportunity to advocate for better quality of life in cities though public transport.

Thanks to the leadership and strong commitment of Mayors and Governors, the U20 Communiqué puts forward exactly the type of mission and messages we need as the world recovers.