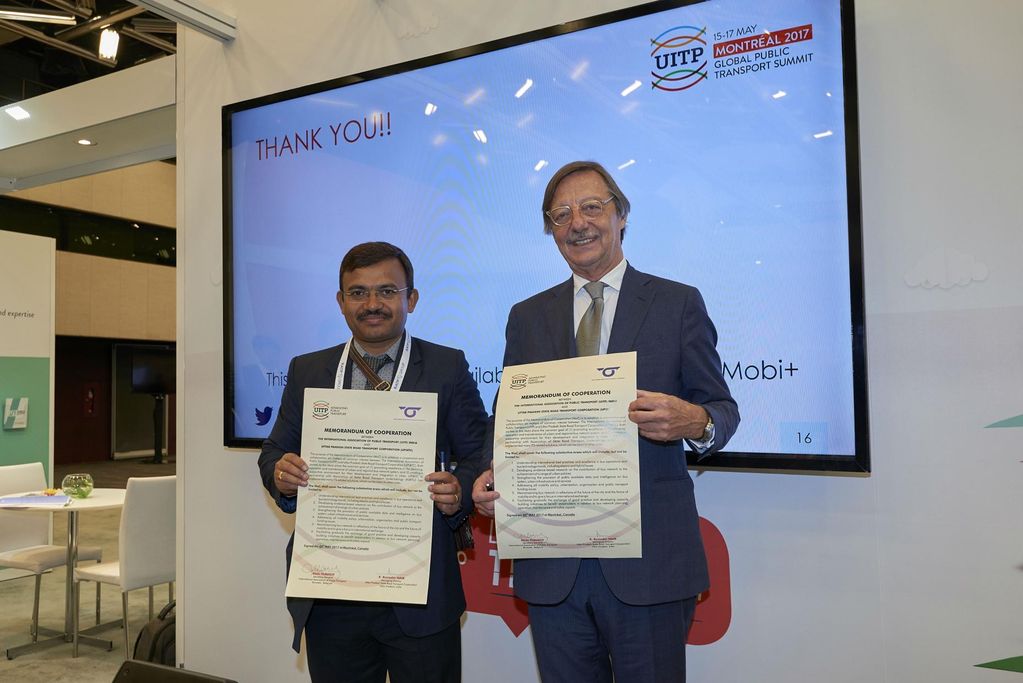 UPSRTC, a passenger road transport corporation of UP, operates in UP & neighbouring states (now including Kathmandu & Pokhara in Nepal) with a fleet of over 11,000 buses. UPSRTC in partnership with Association of State Road Transport Undertakings (ASRTU) has implemented many ITS related solutions, which can be taken to other cities. The purpose of this  MoC is to establish a cooperation and collaboration on matters of common interest between both the organisations.

(1) promoting excellence in the planning, operation and maintenance of urban and regional bus network system

The MoC covers the breadth of the bus transportation