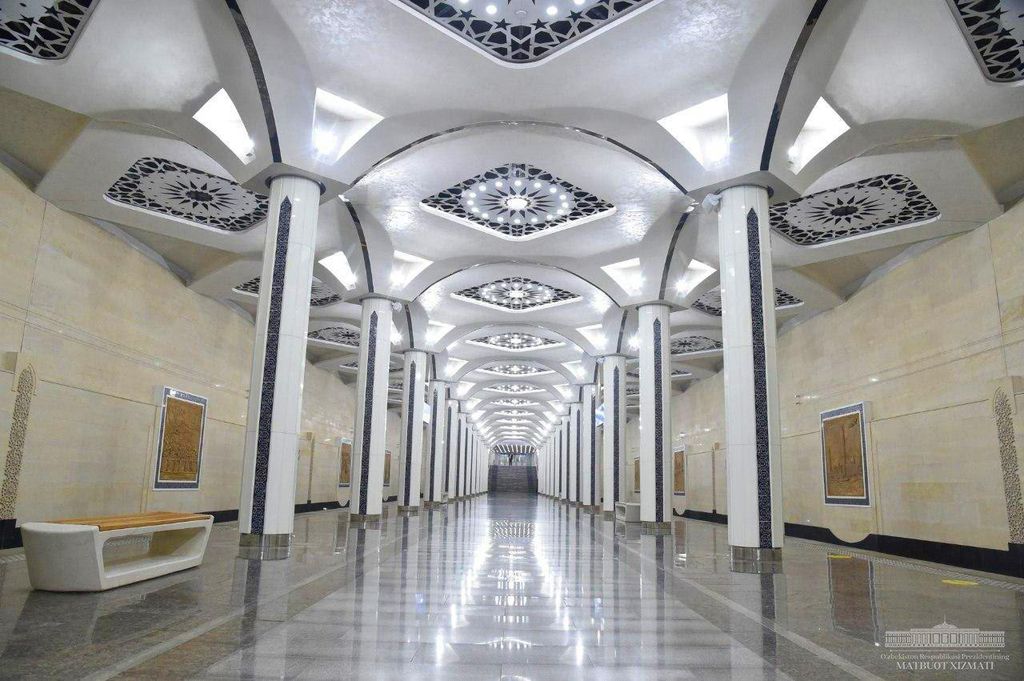 On August 29th, trains started running to the new stations “Yunusabad” and “Turkestan” on the extended Yunusabad line of the Tashkent Metro (Uzbekistan).

Local press informs that the construction started November 7, 2016 , the cost of the project was about $ 103.8 million, 3 kilometers of tracks have been laid and the Yunusobod and Turkiston stations have been built. The difficulty came from the 850-meter section of the line that passed through an area saturated with groundwater, which in the past was considered impossible to overcome. In the new project, German technology was applied, thanks to which the aquifer was overcome using reinforced concrete tubing.

In the past, the profitability of the Yunusabad metro line was low due to low workload. Today more than 340 thousand people live in the Yunusabad area. The extension of the metro line and the construction of new stations have created great mobility possibilities for people.
The metro is considered of great economic and environmental importance. In particular, it is estimated that the two new stations will serve 7.5 thousand passengers per day. As a result, bus routes are being optimised, it is expected that road congestion will go down. Emissions of harmful gases into the atmosphere will be reduced by 5.3 thousand tons per year.

From August 30, 2020 the trains also start running on the circular line of the Tashkent metro from the Dustlik-2 station to the Kuilyuk station. Passengers can use interchange from Dustlik station to Dustlik-2.

In general, the Tashkent Metro serves 240 thousand passengers a day.

As a result of the construction of three new lines with a length of 21 kilometers – Yunusabad, Sergeli and Kuylyuk – it is planned to reach additionally more than 150 thousand people.

During the COVID-19  lockdown Tashkent Metro was not working and started operations only August 15, 2020. The lockdown time was not used in vain but for preparation of wanted innovation : for the launch the automated payment system  created for Toshshahartranshizmate (ground transport) and the Tashkent Metro. Passengers are asked to use the electronic payment system as often as possible. Electronic payment cards can be purchased at ticket offices and at all metro stations. Another expected public transport innovation  – a special mobile application a product on partnership of Toshshahartranshizmat and 2GIS  – is reported to come soon.

The  construction  continues with unique elevated ring line of the Tashkent metro. It is designed to improve logistics tasks and simplify the traffic flow in general, in the busy section of the city. The distance of the line running along the perimeter of the capital is almost 55 km, 35 stations will be located on it. The construction of the line began in 2017. It is on its first section “Dustlik-2” – “Kuylyuk” with a length of 11 km, 7 stations were built. After the completion of all five stages of construction, the length of the line with 35 stations will be 55 km.

New metro line will bring new rolling stock. Modern and high-quality metro cars with all the amenities for passengers will run on the Tashkent ring metro line. Five modern trains (made of 4 cars)  has been delivered from Russia. In total, it is planned to purchase more than 45 such trains in the future.

Watch the video and enjoy observing the metro station grow! 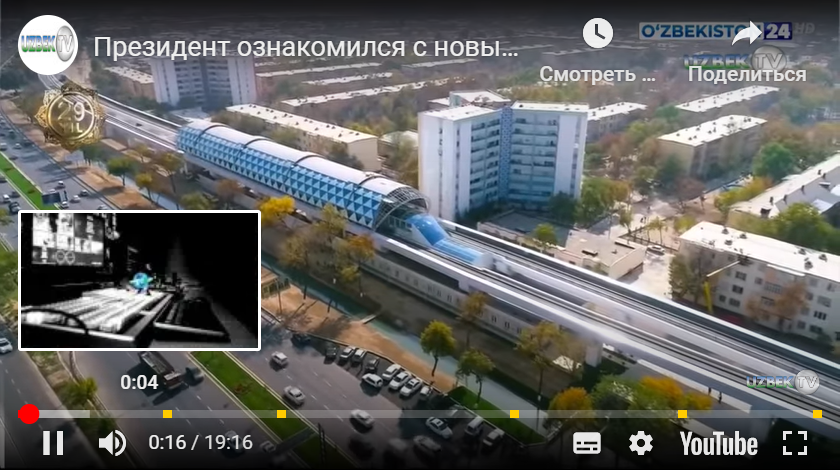