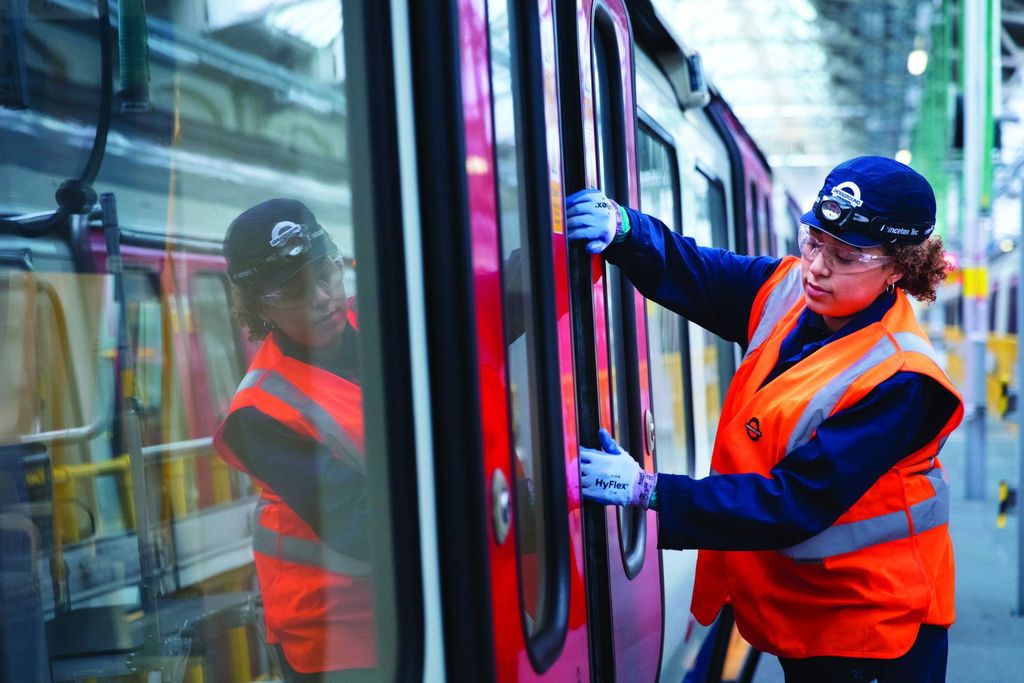 A better gender balance for public transport: Sitting down with UITP's Lindsey Mancini and Brigitte Ollier

To broaden our sector

The public transport sector is one that employs millions of people around the world.

It’s fair to say that it’s a bigger and more varied sector than people perhaps realise. And this includes the way young people perceive it to be.

As an exciting and rapidly-developing industry, we all have a role to play in showcasing what kind of career the next generation of employees could develop: including young women.

Statistics tell us that between 15%-22% of those working within the public transport sector are women.

The sector is expected to grow and employ more highly-skilled workers in the future, especially those with competences in engineering and technology, but is enough being done to make sure women are part of that vision?

With the launch of our Women in Leadership focus, UITP is determined to work towards changing attitudes and perceptions when it comes to attracting more women to jobs across the sector. Starting today we will be launching a series of output connected to International Women’s Day with the 2022 theme #BreakTheBias.

The European Commission is stepping up to the challenge by launching a series of new educational toolkits tackling these issues – and most importantly showing that opportunities are not restricted to a particular gender.

If young women do not consider a career path in transport because gender stereotypes and expectations lead them in a different professional direction, then how do we change that?

We’re sitting down with Lindsey Mancini, our Head of UITP’s Secretary General’s Office and our Senior Advisor on Social Affairs Brigitte Ollier, to find out their thoughts on the new toolkit and an honest reflection on what needs to be done next.

Speaking with Lindsey and Brigitte...

On a better balance for public transport

Q: The educational toolkits developed for the European Commission challenges learners at primary and secondary school age to identify and question gender stereotypes and discover career opportunities in public transport. What does this kind of output mean for UITP’s vision on a better gender balance in our sector?

Brigitte: The transport sector (including urban public transport) still has a long way to go to achieve a better gender balance as far as the workforce is concerned. The industry has obviously some of the levers to improve the situation in its own hands, like for example changing the male dominated culture, specifically addressing women in recruitment procedures, showcasing women in (perceived) men’s professions, improving work-life balance, and more…to cut a long story short, we have to work on our image to be seen as an attractive and modern employer for men andwomen. There is however also a cognitive bias in our societies as far as what the jobs are for girls/women and what the jobs are for boys/men. This bias influences the professional choices of our children and impacts them from an early age. Traditionally jobs in the transport sector are seen as being men’s jobs…but there is no (objective) reason why a girl could not become a pilot or a train driver? At UITP we therefore strongly support this initiative from the Commission as it endeavours to open-up perspectives for girls … as mentioned in the introduction: “you cannot aspire to be, what you cannot see”. In the public transport industry, we need to attract young talents, including many more women.

Q: With our focus on Women in Leadership, we’re looking both internally and externally at ways to move public transport forward when it comes to a better gender balance. This includes work with our members, partners and stakeholders. What would you say to those companies within our sector who may not necessarily be focusing on this?

Lindsey: Happily more and more companies are waking up to the importance of this topic. But it’s true that some are still lagging. I would simply remind them of the fact that it is proven by numerous studies that gender balanced companies simply perform better. Secondly, I would point out that there is a huge demographic of potential customers and workers out there that are essentially being ignored. Which public transport company would not want to discover a new potential customer base or employee pool? This topic is not about jumping on the ethical bandwagon or ticking boxes, it can really make a difference to performance.

Brigitte: In addition, the majority of our passengers are women and we know that their travel patterns and perceptions are different from men! It therefore makes sense to increase the number of women working in our networks to better serve our female customers. In general, public transport companies should strive to reflect the diversity of their passengers in their workforce.

Q: There’s a lot of debate around how best to remove the gender bias – or even try to avoid it altogether (we hear of discussions in the media on gender blind interview panels, gender balanced boards and more…). Would UITP support moves such as these?

Lindsey: Removing the gender bias requires first and foremost awareness and acknowledgement that it exists in all of us. Until it become second nature to us all to avoid gender bias, it’s important to have tangible measures and mechanisms in place, such as targets for Board composition, applying best practices in recruitment policy and so on. On the other hand, I’m not a big fan of “blinding” practices. Gender equal doesn’t mean gender identical – the reason why gender equality is important is that the different genders bring something different to the table. That is to be celebrated. Pretending that there is no difference by blinding practices defeats the purpose, in my view.

Brigitte: In addition to recruiting more women, it is also important to retain them. What we currently see is that women tend leave companies more quickly than men. Why? This raises the question of the company culture which is perhaps still too male oriented…

Q: To bring about a truly equal workplace and society, we need to involve everyone in that vision. For those who consider this a topic only of interest to women…what would you say to that?

Lindsey: To reflect back to my previous point…it’s just good business sense to work towards gender equality, and that is good for everyone, not just women! In addition, gender stereotypes don’t just apply to women. Men too can be trapped in expectations and learned behaviours. I would love to see a world where there are as many female bus drivers as male, but equally where there are as many male primary school teachers are there as female.

Brigitte: Becoming more attractive for women means becoming a more attractive employer for all. In our discussion with trade-unions, the question of work/life balance is often put forward in particular concerning shift work. Finding good solutions will attract more women to the sector but, in the end, it will profit everybody. Another very concrete example is the availability of toilets at the end of bus/tram lines. Also here providing better sanitary solutions will lift some obstacles for women and will profit both genders.

Q: The toolkit tells us that young girls may be more reluctant to consider a career path in transport because gender stereotypes and expectations lead them in a different professional direction. What would you say to young women considering a career in our sector but are reluctant to follow it?

Brigitte: Some public transport companies have introduced “girls days” where they specifically address interested girls and their families to come visit the company and get information about the different professions and jobs. The families very often play an important role in the professional choices of girls and young women. For that reason, in addition to addressing the girls and young women, it is important to also convince the families (most of the time, the parents) that the choice is a good one for their daughter…

Thank you to Lindsey and Brigitte for their time and wise words! Stay tuned for more on International Women’s Day this week and next.

What’s clear is that there’s challenges ahead, but in order to become more customer oriented and redress the gender imbalance, we must enact lasting change.

And when it comes to the role of decision makers, such as at the European level, they are needed more than ever before.

The gender educational toolkit from the European Commission

UITP advocates for Women in Leadership