You cannot aspire to be, what you cannot see: UITP places a focus on Women in Leadership

Is there a balance between genders in public transport?

Public transport networks around the world serve all people, every single day…

With half of our populations women, it’s important to consider whether their specific needs are being met within the sector.

Public transport networks and services have traditionally been designed, operated, and maintained by men.

We need to attract more women to jobs across the sector to be more customer oriented and redress this imbalance.

This year, UITP is placing a focus on Women in Leadership, with a series of activities and outreach, to take a closer look at the issue of gender within public transport.

There are challenges ahead, for both UITP and the sector, but together we believe that we can enact lasting change.

Why focus on women in leadership?

Multiple studies have proven that gender-balanced boardrooms lead to better results, regardless of the sector.

A balance within leadership brings complementary visions and skills, and all women in the public transport sector can be role models.

At a global level, less than 15% of the workforce within public transport are women: you cannot aspire to be, what you cannot see.

A woman bus driver is a leader and role model for boys and girls on their bus route. If children grow up seeing both male and female bus drivers, they will not question the relevance of the job for either gender.

A woman CEO is a leader and role model to all staff within her company. A woman at the highest level normalises for her entire staff the idea of a woman in a leadership position, especially if she is supported by a gender balanced board and/or top management team.

A woman board member of UITP is a leader and role model to all UITP members. It tells other women that there is place for them in UITP and inspires them to be active.

Over the last few years we have been making small but significant steps towards gender equality here at UITP. It is exciting to see progress made in some areas so far, but there is always more to be done. Focusing on Women in Leadership will not only bring benefits to UITP as an association, but it is important for public transport as a sector. It’s a huge privilege for us to bring together many recognisable names and important voices to this discussion, and to see the enthusiastic reaction of our members around the world. 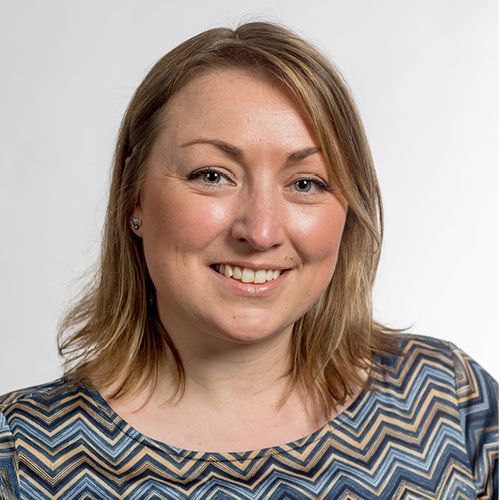 Working with our global membership, here’s what’s happening so far…

On International Women’s Day (8 March 2021), our staff will be participating in the #ChooseToChallenge campaign to show our support for challenging those in decision-making roles to better address gender balance issues.

Also on 8 March, we will host a webinar focused on ‘Women in Leadership’, with an impressive array of recognisable names gathering to discuss what the sector needs to do in order to move forward on gender. You can hear from Tamara Eelsing, Diversity Manager at STIB, Brussels, Mark Wild, Chief Executive of Crossrail Limited, Elba Higueros, CPO of LA Metro and Catherine Rinaldi, President of MTA Metro-North Railroad, as they join our conversation.

This event promises to be an occasion to remember, with more information to come on our programme and further speakers – and an engaged audience listening in!

And also in March, the second series of our hugely successful Women Who Move Nations podcast will be launched from our team in Australia and New Zealand, where we will sit down with eight of the leading female transport leaders to hear about their professional journeys so far.

For series two, our UITP ANZ Executive Director Michelle Batsas will take the microphone to hear from sector-leading voices such as Catherine Chardon, the Managing Director of RATP Dev London, Magda Robertson, General Manager of Adelaide Metro Operations, Megan Bourke-O’Neil, Deputy Secretary of Policy and Innovation at the Department of Transport in Victoria and Lara Polini, President of AECOM.

Stay connected to our Australia and New Zealand webpage for more details as they unfold.

Did you catch the first series? It launched to impressive figures and great acclaim and you can catch up on all episodes now.

What we can achieve…

We will also be connecting back to our hugely successful #PT4ME campaign, launched with the World Bank in 2018 to spread awareness and advocate for an inclusive public transport to better serve women as passengers, and promote a diverse workforce.

With a focus on women as passengers and workers, you can see our rich history from this brilliant campaign here.

At UITP, we’re also looking at our own actions by aiming to increase the gender balance within our boards and launching a working group on Diversity and Inclusion, which meets to discuss the progress being made, and the current challenges for women across public transport.

In order to attract and involve more women to a sector that clearly increases the quality of life by transforming our cities and societies, our women role models need to be more visible.

By promoting these leaders, we hope to attract more women and talent to the sector, ensuring that public transport in the future counts on a diverse range of skills to better serve the whole of society.

There’s much to focus on, and much to achieve.

Attend our Women in Leadership webinar this International Women’s Day

Bringing the focus on women leaders to the global media

Keep an eye on our official twitter feed for our #ChooseToChallenge engagement!